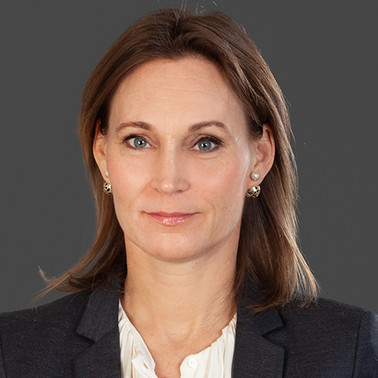 The outbreak of coronavirus COVID-19 has had a number of negative consequences for the Norwegian economy and its businesses. The Norwegian Financial Supervisory Authority (No: Finanstilsynet) (the “FSA”) and the Ministry of Finance (No: Finansdepartementet) have announced a number of measures for the financial industry to address the negative effects of the outbreak.

This article will be updated with latest developments. Last modified: 23/03/2020

The Central Bank of Norway (Norges Bank) has provided several important updates over the last 24 hours:

1) The required minimum outstanding volume of securities in NOK issued by a private entity is reduced to NOK 100 million.

2) The required minimum outstanding volume of securities in foreign currency issued by a private entity is reduced to the equivalent of EUR 50 million.

3) For securities other than Norwegian government securities, the maximum limit of 20 percent of the issue's (ISIN) volume outstanding is removed (there is no upper limit on the collateral a borrower can pledge per ISIN).

4) Securities in NOK guaranteed by local government authorities are exempt from the credit rating requirement.

Allocation of profits - letter from the FSA to the undertakings

In a letter of 16 March 2019 to the undertakings, the Norwegian Financial Supervisory Authority (FSA) announced that they expect the board of directors to re-evaluate the proposed allocation of the annual result for 2019, including dividends, as a result of the coronavirus outbreak. Furthermore, they expect the board of directors, if necessary, to submit new proposals to the undertaking`s general meeting on dividend payments and other distributions. Read the letters here.

A letter was sent to banks and holding companies in bank-dominated financial groups. According to the letter, it is important that banks are able to bear significant loan losses, while simultaneously having the ability to provide new credit and payment deferrals. Reference is made in the letter to the Ministry of Finance's decision to reduce the countercyclical capital buffer, and that the FSA will allow banks in the current situation to not meet the buffer requirements.

The Financial Supervisory Authority (“FSA”) informs in a press release on 16 March 2020 that as a result of the coronavirus outbreak, the EFTA Surveillance Authority (ESA) and the European Securities and Markets Authority (ESMA) have decided to temporarily lower the threshold for reporting net short selling positions to the FSA to 0.1%.

The decision took effect immediately for three months. Reference is made to the EEA-agreement Annex 29, no. 29f cf. the EU Short Sale Regulation 236/2012 (SSR) article 28 (1) litra a. Read more about the decision on the FSA website here.

The government announced on March 15 that they are working on two state loan and guarantee schemes for companies to secure at least NOK 100 billion in liquidity for Norwegian business. The purpose is to support Norwegian companies and workplaces as well as to safeguard confidence in the Norwegian capital market.

The details of the state loan schemes are under preparation and have not yet been published.

On 13 March, the Ministry of Finance, based on advice from the Central Bank of Norway (No: Norges Bank), decided to reduce the countercyclical capital buffer requirement for banks from 2.5 to 1 percent, cf. Regulation on amendments to Regulation 22 August 2014 No. 1097 on capital requirements and national adaptation of CRR / CRD IV (the CRR / CRD IV regulation). See the CRR / CRD IV Regulation § 33 and the Financial Undertakings Act § 14-3. The Regulations entered into force with immediate effect. The press release from the Ministry of Finance can be found here (INSERT LINK).

As a result of the coronavirus outbreak, the Central Bank believes there is a risk of a considerable setback to the Norwegian economy. The buffer requirement has been lowered to counteract a potential tightening of lending practices by the banks. Norwegian banks are profitable. When the banks' general meetings are to determine dividends, they should in future consider the extraordinary situation the country is in.

The Central Bank of Norway has also taken extraordinary measures by cutting the key policy rate before the planned monetary policy meeting and boosting liquidity in the form of extraordinary F-loans to the banks. The press release on Central Bank measures and advice to the Ministry of Finance can be read here.

Financial institutions use of the liquidity buffer (LCR) is accepted

The press release from the FSA can be read here.

On January 24, the FSA sent a draft circular on requirements for IRB models to the industry organization, Finance Norway (No: Finans Norge) for comments. The circular was published here. In a press release on 13 March, the FSA stated that they do not give priority to completing the expected circular given the current situation. A new circular will therefore not be available immediately. The press release can be read here.

In a press release dated 13 March, the FSA informs that the outbreak of the coronavirus means that undertakings must reprioritize how resources are used in day-to-day operations. The FSA encourages companies that experience specific challenges to contact them, so that solutions can be achieved for the individual undertaking. If the FSA decides to extend the reporting deadline of specific reports it will be published in the press release which can be read here (only in Norwegian).

The FSAs list of reporting deadlines extended as of 13 March 2020: